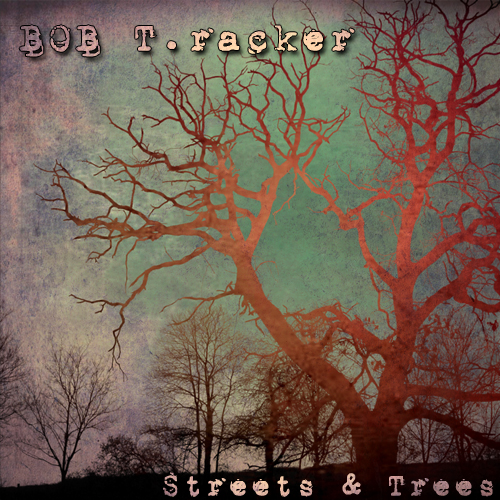 Bob T.racker - Streets & Trees [L&C 18] 01.DULL DENSE RIDDLE DOORS 02.PORTAMENTOBSERVATORY CARBON 03.2.22 URBAN REDENT BIOGRAPHY BOb T.racKer started listening to electronic music at the end of the 80's with the album "Oxygène" from Jean Michel Jarre but his first real "encounter" with Ambient was in England with The KLF and the Album "Chill Out". A revolution had occured in his mind. He set up his own radio broadcast K 2 CONSCIENCE dedicated to the Trance and Ambient Music and, later in 2000, created a second radio broadcast PIRATEK dedicated to all the other styles in electronic music. Both programs were played every week during more than 5 years. And during these years, he performed as Ambient/Chill Out Dj in various venues (parties and other private clubs...). In 2003, he met his musical brother Ericsson. Together, they played under the project name ::KALI-FROGZ::. Rapidly, they find a musical line which enables this project to grow and to participate to many compilations and albums on differents labels. Today, this project is sleeping. But they continue music on their personal side projects. bOb tracKer project is a mix between many influences in down tempo music : Electronica, Ambient, Chill Out. The sound is close to Nature, the relations between Human and Nature, and invisible links which become visible with music...... Since 2007, he participated to many compilations and his first track was produced on Ultimae. From this date until today, many projects have been developed. http://www.myspace.com/bobtrackertronic http://www.facebook.com/BOBT.RACKER http://soundcloud.com/bobtracker

Load and clear is a non profit netlabel,based in Louvain la Neuve Belgium. Which intends to present material in mp3 format,downloadable for free. Under creative commons licenses.